The West Stewardson Uranium Property (Figure 1) is located about 20 km north-northeast and along trend of Cameco’s Centennial Uranium Deposit which overlies the Dufferin Lake Fault and occurs within the Virgin River structural corridor, south-central portion of the Athabasca Basin.

The Stewardson and West Stewardson concessions are being targeted for unconformity-type uranium mineralization similar to that found at the Centennial Uranium Deposit about 20 km to the south-southwest. The Centennial Uranium Deposit is a high-grade, unconformity-type uranium deposit occurring at a depth of approximately 800 m that is currently in the drill-developed stage by Cameco and its partner Orano Canada (previously AREVA Resources Canada).

Drilling has defined the deposit along a northeast-southwest strike length of about 650 m with widths ranging from 10.0 to 52.5 m (Griffiths, 2014; Alexandre et al., 2012). The discovery hole drilled in 2004 by Formation Metals, intersected 6.4 m at an average grade of 5.83% U3O8, targeting a time domain EM conductor in an overall magnetic gradient low zone where variations in resistivity suggested altered rock. Nearby drill holes intersected chlorite, hematite, and anomalous U concentrations in the sandstone column (Reid et al., 2014). 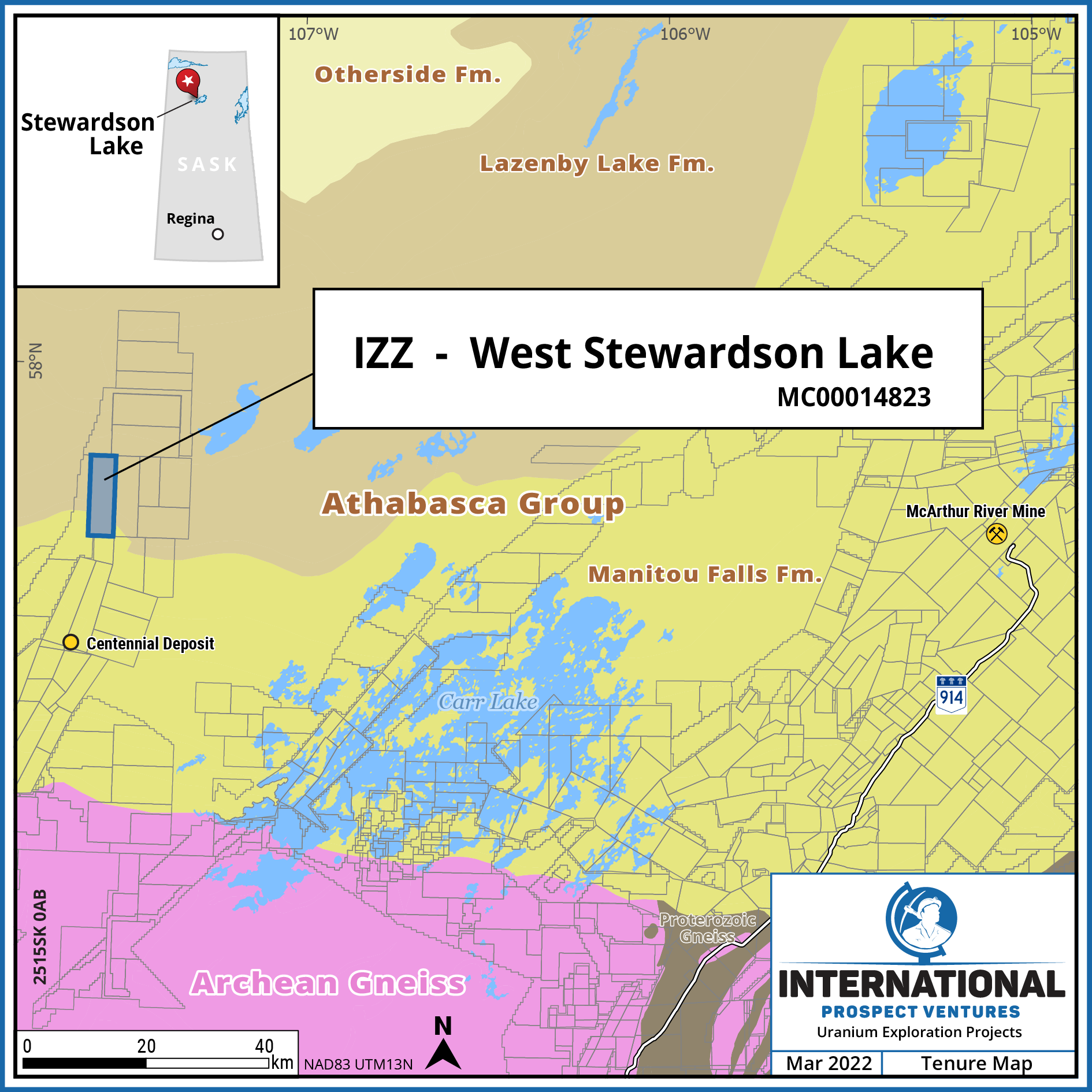