The Elliot Lake North Property covers no less than four historical uranium showings in the northern limb of the Quirke Syncline and within the prospective uranium bearing rocks of the host Matinenda Formation. The Property lies along strike to the northwest of past producing Denison Uranium Mining Complex. The Elliot Lake Uranium Camp was referred to as the “Uranium Capital of the World” during the late 1950s and was a significant producer of uranium in Canada until the closure of the Denison Mine in 1992.

At its height in the 1950s there were 12 mines and 3 mills established in the Elliot Lake region with all of the historical uranium mines brought into production between 1955 and 1958. Mines of the two largest past producers, Denison Mines and Rio Algom (now BHP Billiton), were located on the north and south limbs of the Quirke Syncline, a gently folded westward plunging syncline comprising Paleoproterozoic Huronian Supergroup sedimentary rocks. 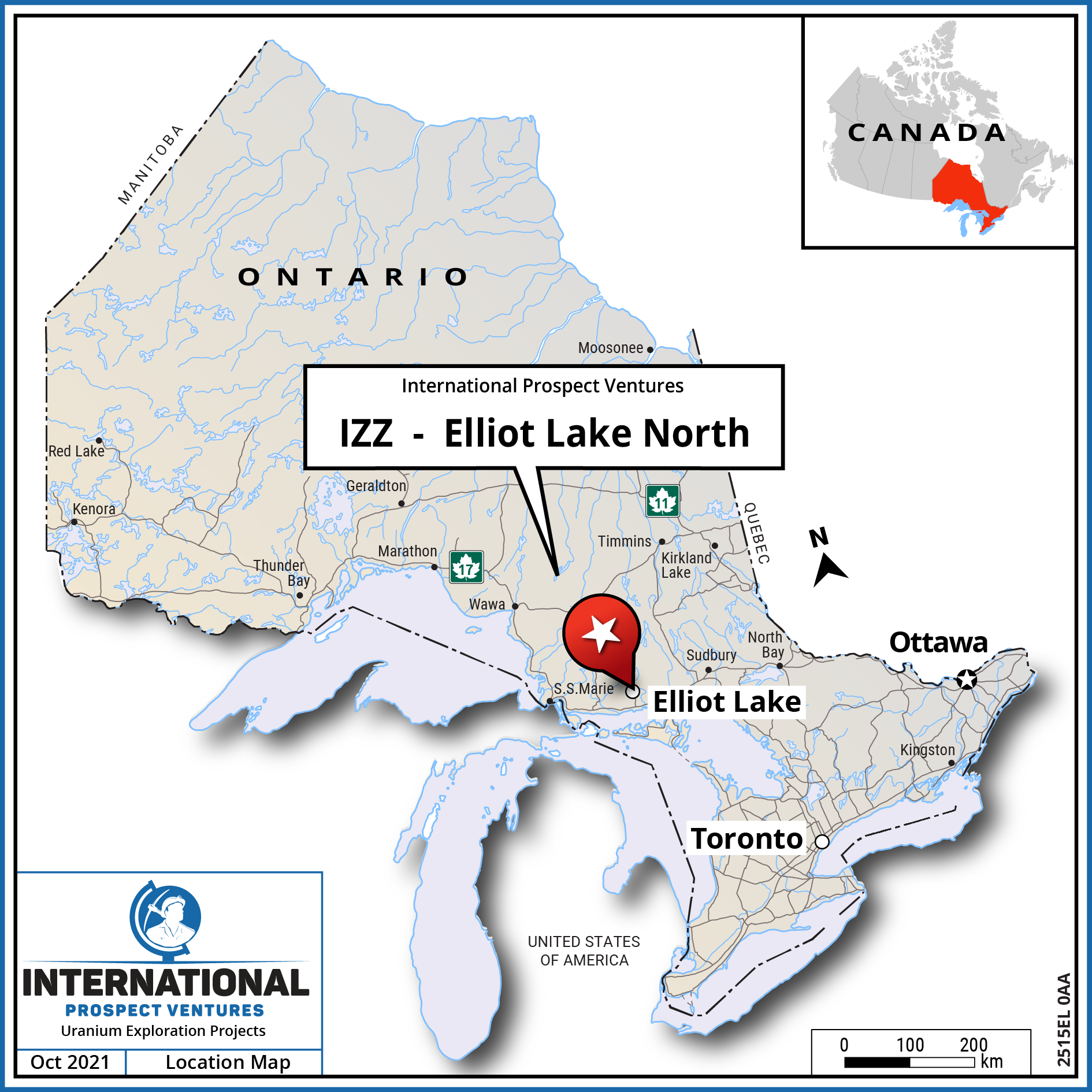 Candore: Matinenda Formation sedimentary rocks lie unconformably on Archean granite which was intersected by seven drill holes ranging in depth from approximately 95 to 199 metres. Slightly radioactive thin oligomictic pebble conglomerate bands in Upper Mississagi Formation (Hough Lake Group - higher stratigraphy than Matinenda) with pyrite in the matrix were intersected in drilling. The radioactive bands were normally less than 15 cm thick, and assayed less than 0.02% U3O8 with the best assay of 0.043% U3O8 over 0.30 metres (OGS, 1983: MDC25 p9). 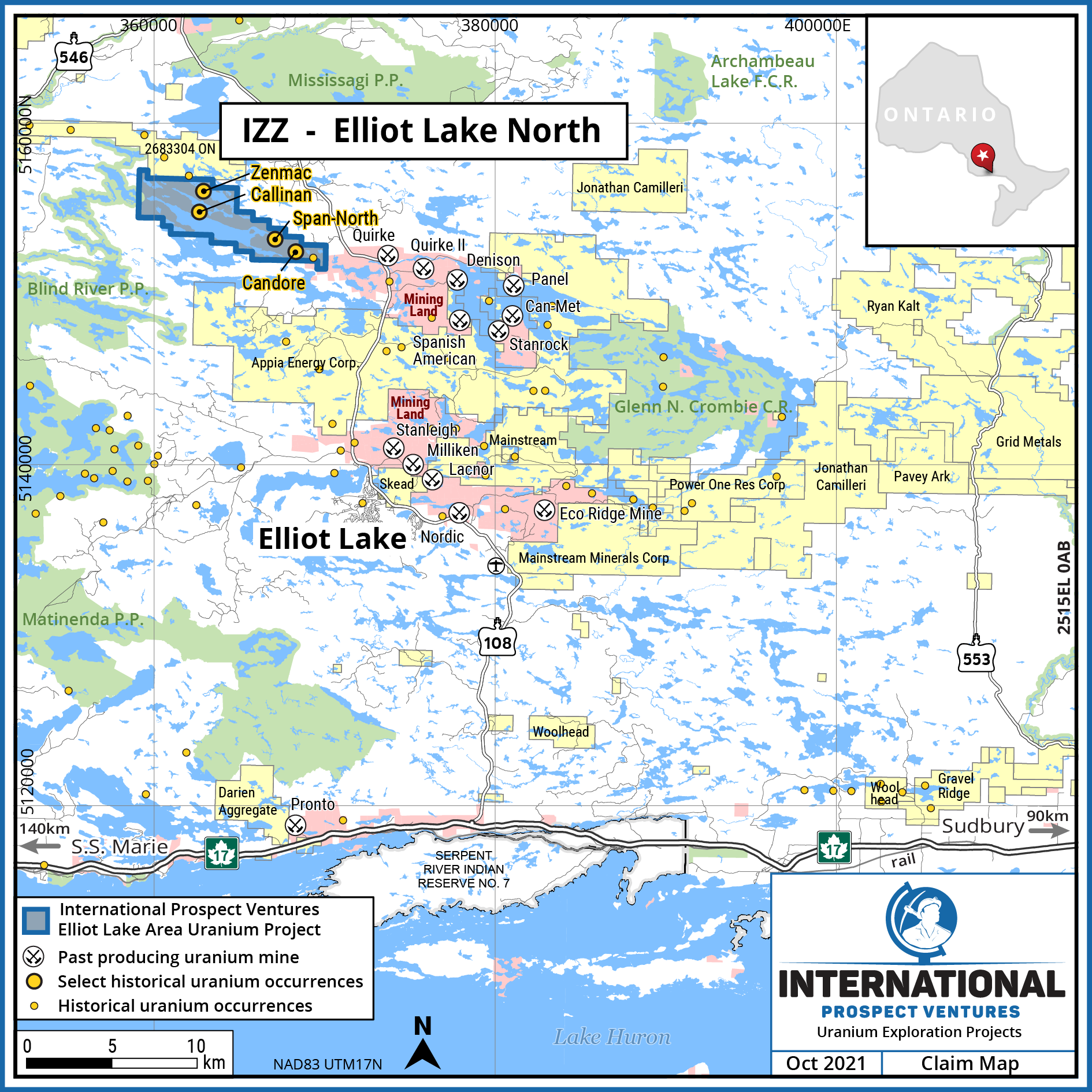 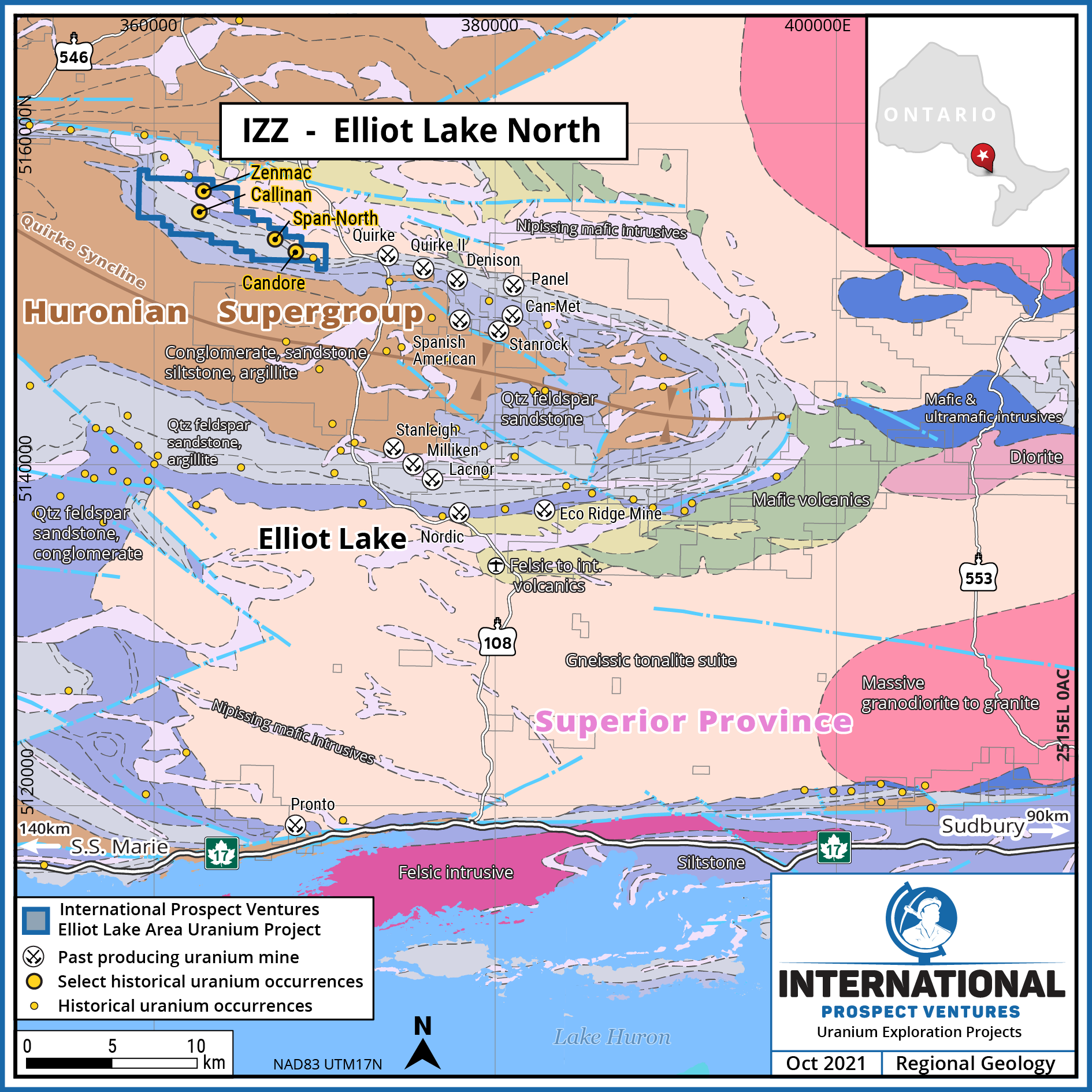 Ontario is considered a Tier-1 mining jurisdiction with many mining projects in development and production across multiple commodities. The Company’s initial work plans for the area will consist of desktop studies and historical data compilation of all available data including regional radiometric surveys, satellite imagery, drill hole data, and assessment reports.